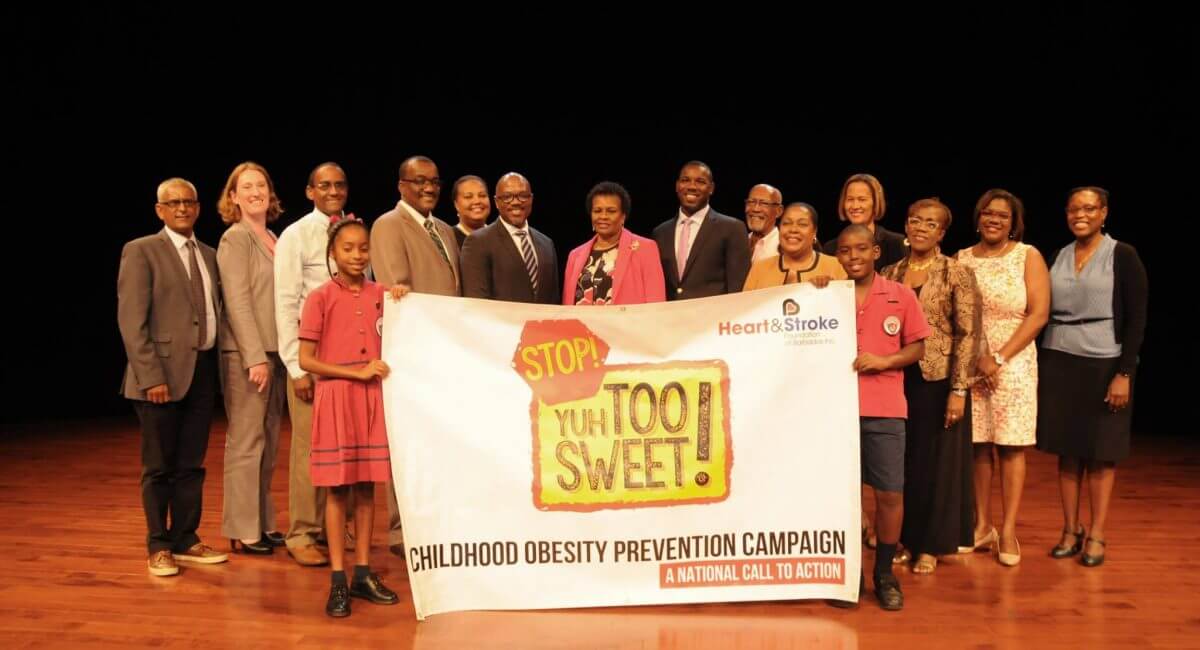 Childhood obesity is a globally relevant, complex issue that has significant health, social and economic effects. Worldwide, there has been a major thrust to tackle the incidence of childhood obesity with many countries employing policy-based initiatives. With support and funding from Bloomberg Philanthropies and with technical support from the Global Health Advocacy Incubator (GHAI), the Heart & Stroke Foundation of Barbados (HSFB) has launched a campaign focused on the ban of the promotion and sale of sugary drinks and unhealthy foods in schools.

The campaign will initially focus solely on sugary drinks in schools. With this in mind, the HSFB project team wanted to conceptualize a tagline for the campaign that highlights the importance of the issue, speaks to various age groups and inspires action or debate. “Stop! Yuh TOO Sweet’” serves that purpose while also being a culturally applicable direct call to action.